The World Economic Forum is looking to reduce global reliance on critical metals as nations seek to transition to renewable energy supplies, and one proposal is to reduce private vehicle ownership.

“This transition from fossil fuels to renewables will require large supplies of critical metals such as cobalt, lithium, nickel, to name a few,” the forum said in a report earlier this month. “Shortages of these critical minerals could increase the costs of clean energy technologies.”

The Switzerland-based international lobby organization has proposed three solutions to reduce the costs of critical metals used in everything from mobile phones and electric vehicles to wind turbines and efficient lighting.

Commuters hit the road ahead of the busy Thanksgiving weekend in Chicago, Illinois on November 21, 2017. (Reuters)

The forum noted that even with recycling initiatives in place, mining is expected to increase by 500% by 2050.

“More sharing can reduce idle equipment ownership and therefore material use,” the group argued, pointing to statistics showing the average vehicle in England is driven “just 4% of the time” .

Car-sharing initiatives such as “Getaround” and “BlueSG” have become increasingly popular around the world and are key to reducing the number of cars and electronics needed globally, the forum argued.

Although he did not address how car sharing could be used more effectively in a nation like the United States where there is a heavy reliance on cars and a lack of public transportation in both rural and urban communities.

The report also noted that most people around the world already have personal phones or computers, but 39% of global workers are also provided with laptops and mobile phones. 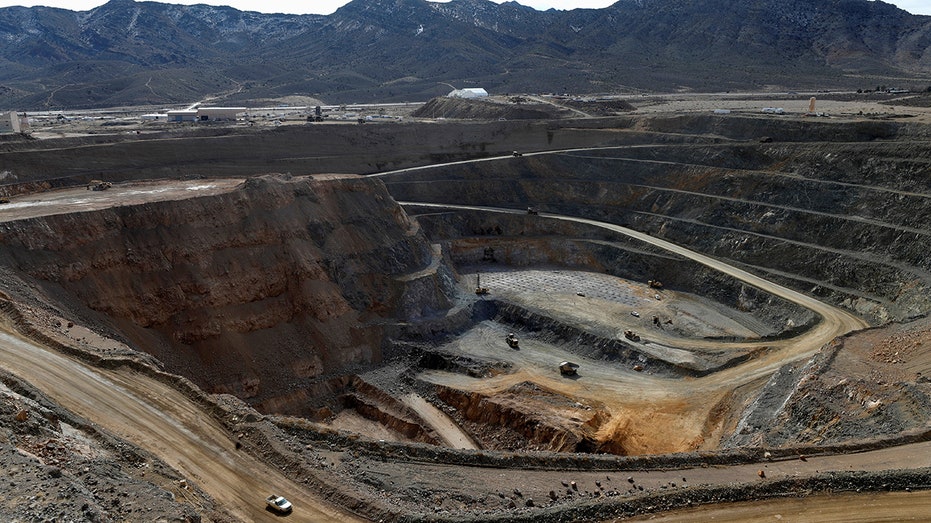 “This is not resource efficient at all,” the report said. “Keeping a smartphone for five years instead of three reduces the phone’s annual carbon footprint by 31%.”

The report said companies should be incentivized to reward consumer longevity and encourage product reuse to prevent new mines from opening.