Walk around Medellín, Colombia’s second city, and you’re never far from a bank, office or store controlled in one way or another by Grupo Empresarial Antioqueño, the country’s most powerful business alliance.

On street corners, there are branches of Bancolombia, the country’s largest bank. Inside gleaming glass towers is the headquarters of Grupo de Inversiones Suramericana, Colombia’s largest financial conglomerate, which has stakes in banking, insurance, pensions and asset management. Buy food in the city’s supermarkets and chances are it’s produced by Grupo Nutresa, which started as a Medellín chocolatier more than a century ago and is now one of the largest processed food companies in Latin America.

All these companies, and more than 100 more, are part of the GEA, a network of companies in Medellín and the department of Antioquia linked to each other through a complex network of cross-shareholdings and family ties. Between them they represent more than half of the value of the Colcap, the main index of the Colombian stock market.

The group structure, similar to Japan’s keiretsu, in which firms form close affiliations with each other, has made these firms almost unassailable to outside takeovers. In fact, that’s why the group was formed in the first place, to protect Medellin-based companies from Bogota takeovers in the 1970s.

But now, more than ever, the GEA is under attack.

“Management was not paying attention to shareholders,” he told the Financial Times in a recent interview in London. “Cross-shareholdings were great for managers to keep control, but what did shareholders get?”

“We’ve had takeovers before in Colombia, but the difference this time is that they’re hostile and they’re big,” said Juan Camilo Jiménez, head of equities at Credicorp Capital in Bogotá. “They are powerful companies, not only because of their weight in the stock market but also because of their importance at national and regional level.”

Gilinski’s six successive bids have targeted GEA’s three main companies: Sura, Nutresa and industrial conglomerate Grupo Argos. Gilinski and his partners have spent about $2.8 billion (more than half of his personal net worth, according to Forbes) and have signaled their intention to continue.

They now own 38% of Sura and 31% of Nutresa. This gives them indirect stakes in Bancolombia and other major GEA companies.

But the GEA is struggling. His companies have made strategic appointments to their boards to eliminate conflicts of interest among board members, allowing them to maximize their voting power in the face of Gilinski’s assault.

“This has made Gilinski’s intention to unravel the GEA a much more difficult proposition,” said Luis Ramos, senior Colombia analyst at regional asset management firm LarrainVial. 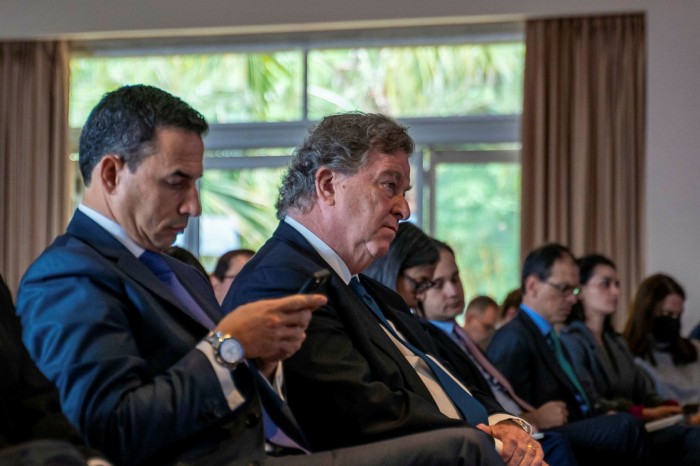 Those working at GEA companies spoken to by the FT – at Sura, Argos and energy firm Celsia – reject Gilinski’s criticism that they have failed investors.

“The value of Grupo Sura’s total capital has grown 36 times in the last 20 years,” CEO Gonzalo Pérez told the FT in an interview in Medellín. “Our dividends over the same period have grown at a compound annual growth rate of 10% per annum.”

They also argue that they should be judged not only on their share price and return on investment, but also on their contribution to local communities. Sura has invested about $70 million over the past decade in social, educational and cultural projects in Colombia and elsewhere in Latin America.

“These companies have provided social and economic value in the most complex moments both in Medellín and in the country as a whole,” said María Bibiana Botero, executive director of Proantioquia, a foundation that promotes the development of the region. “They stood firm during the drug violence, and recently during the [coronavirus] pandemic their contributions were decisive in dealing with the medical emergency in the region. They saved lives.”

But the group has its critics even in its stronghold of Medellín, among them the outspoken leftist mayor Daniel Quintero, who, in an interview this year with Semana, a news magazine that Gilinski bought in 2020, naming the GEA among a group of entities that claims have plundered the city’s finances.

However, Quintero has not provided any evidence for his claims and declined to speak to the FT for this article. Some of GEA’s companies have threatened to sue Quintero for defamation.

The outcome of the battle will be felt beyond Colombia’s borders. Between them, GEA companies reach far beyond the country. Grupo Sura operates in 11 Latin American countries. Nutresa exports to more than 70 countries around the world.

According to Proantioquia, the GEA generates approximately 6% of the Colombian GDP. 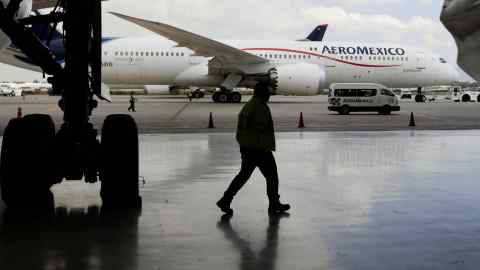 “GEA firms have been one of the drivers of the region’s development and have micromanaged all public policies in Medellín and Antioquia for decades,” said Javier Mejía, a Colombian economist who has researched the group in depth. “For a long time, they were really the only channel through which people could access the formal economy in Antioquia.”

For now, Gilinski’s deals seem to have stalled. His most recent participation in Nutresa in May and Argos in July did not reach the level he was looking for.

LarrainVial’s Ramos predicted that this could lead to “a pause in the Gilinski versus GEA saga” in the coming weeks and months. However, he added: “but Gilinski’s strong investment in GEA companies suggests that this is not the last installment.”