During Monday night’s school board meeting, Uvalde citizens demanded financial transparency regarding the millions of dollars in grants announced last week to bolster school security before children return to the classroom this September

“We just saw a lump sum of $100,000 here, $500,000 here,” one community member said during the Uvalde Consolidated Independent School District meeting. “Now what I’d like to see is a bigger breakdown. Okay, who is this money going to?”

The school board announced last week that it plans to spend more than $3.5 million on projects such as replacing locks, installing fences and hiring more counselors. The school district received grants from the state of Texas, the Department of Justice and the Las Vegas Raiders football team to fund these projects.

Uvalde:365 is an ongoing ABC News series reporting from Uvalde that focuses on the Texas community and how it is forged in the shadow of tragedy.

The district also outlined its plan to offer distance learning this year in response to parents’ concerns that their children may not feel comfortable returning to school in person.

Becky Reinhardt, the virtual learning administrator, said there would be no limit on the number of students who can be virtual and that students could return to face-to-face learning whenever they want. 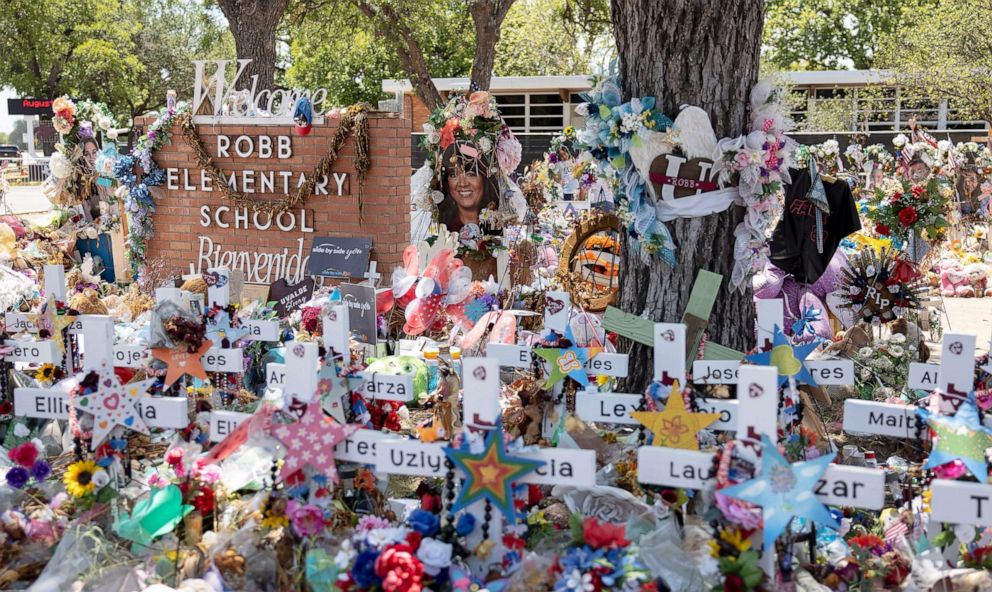 A makeshift memorial to the victims stands outside Robb Elementary School in Uvalde, Texas, on August 8, 2022.

For their part, school board members didn’t talk much about the massacre that killed 21 people in May. They did not respond when asked about the progress of building fences at the other schools, the likelihood they would conduct their own investigation or the timing of Police Chief Pete Arredondo’s termination hearing, which has been delayed twice.

The board will meet next Monday to hear the community’s complaints.