White House Press Secretary Karine Jean-Pierre faced backlash Monday for saying that “economic indicators … do not show that we are in a recession or even before a recession.”

Typically, two quarters of negative GDP growth indicate that the United States is in recession. This is the metric traditionally used as a red line to determine whether a recession exists. However, the White House has launched a host of officials to dispute the definition of recession.

At the White House press conference, Jean-Pierre was asked about President Biden’s statement that “we will not be in a recession.”

REP. DEM. CORI BUSH ON BIDEN RUNNING FOR RE-ELECTION: “I DON’T WANT TO ANSWER THAT QUESTION”

A clip of his response was shared and mocked on Twitter. 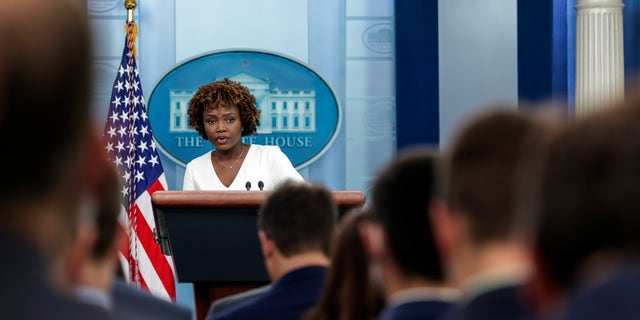 Fox News contributor Guy Benson tweeted: “At this briefing, she refused to define ‘recession.’ Will she explain what a ‘pre-recession’ is, since she brought it up, or not?”

Inflation, driven in part by President Biden’s energy and COVID-19 spending policies and the Federal Reserve’s money printing, is at a 40-year high. Many are concerned that the Fed’s interest rate hikes, along with Biden’s energy policies, will push the US into a recession. 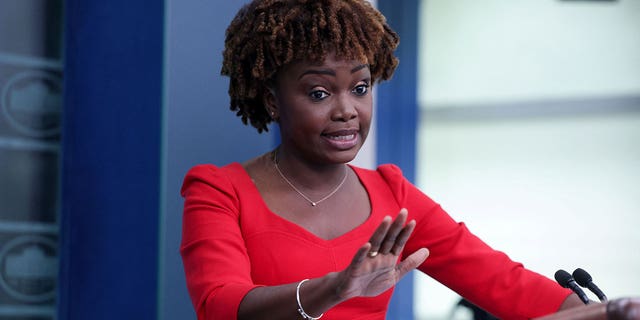 US Press Secretary Karine Jean-Pierre holds the daily press briefing at the White House in Washington, US on June 16, 2022.
(REUTERS/Evelyn Hockstein)

Biden’s approval rating is at an all-time low, with only 19% support from Hispanics. Experts speculate that this will hurt Democrats in the 2022 midterm elections.

Joe Silverstein is a production assistant at Fox News Digital.