To understand the strange and conflicting signals the US economy is sending right now, it helps to look to Williston, North Dakota, circa 2010.

North Dakota was in the middle of an oil boom. Dozens of rigs were drilling hundreds of wells, filling train cars with crude because there hadn’t been time to build a pipeline. Almost anyone who wanted a job could find one, even teenagers who dropped out of high school to work in the oil fields. Wages soared. Fast food restaurants offered signing bonuses. State coffers were filled with tax revenue.

However, as good as the economy was, it also felt shaky. Restaurants could not hire enough workers. Housing was scarce and expensive. The local infrastructure could not support the sudden increase in demand. The prices of practically everything soared.

“It was chaotic,” said David Flynn, a University of North Dakota economist who lived through the boom and has studied it. “The economy was doing well, income for local areas was up across the board, but you were still short of workers and businesses were struggling.”

“This sounds a lot like the stories you’ve been hearing nationally over the last couple of years,” he added.

Economists and politicians have spent weeks debating whether the United States is in recession. If so, the recession is unlike any before. Employers added more than half a million jobs in July, and the unemployment rate is at a half-century low.

Pickup trucks fill the parking lot of a motel in Williston, N.D., where oil boom workers had to find alternatives to more traditional housing options, March 29, 2010. To understand the strange and conflicting signals it sends the American economy right now, it helps. to look at in Williston, ND, circa 2010. (Todd Heisler/The New York Times)

Recessions, in other words, are about too much supply and too little demand. What the US economy is facing is the opposite. Just like North Dakota in 2010.

The underlying causes are different, of course. Williston was hit by an increase in demand as businesses and workers flooded into what had been a small town on the northern plains. The United States was hit by a pandemic, which caused a shift in demand and disrupted supply chains around the world. And the comparison only goes so far: Williston’s population roughly doubled between 2010 and 2020. No one expects that to happen nationwide.

Even so, whether local or national, the most obvious consequence is the same: inflation. When demand outstrips supply, whether for steel-toed boots in an oil boom town or restaurant seats after a pandemic, prices rise. Flynn recalled going out to eat during the boom and finding hamburgers cost $20, a feeling of sticker shock familiar to virtually any American these days.

There is also a more subtle consequence: uncertainty. No one knows how long the boom will last, or what the economy will look like on the other side, making it difficult for workers, businesses and governments to adapt. In Williston, businesses and governments were reluctant to invest in apartment buildings, elementary schools, and sewage treatment plants that the community suddenly needed but might not need when they were finished.

“Think of it as an everyday situation, it was apparently a new shock, so you couldn’t even adjust before a new one came,” Flynn said. “It’s this constant adjustment. Totally unpredictable.”

Companies have spent 2 1/2 years in a state of constant adjustment. At the start of 2020, virtually overnight, Americans traded restaurant meals for homemade bread and gym memberships for socially distanced bike rides. These changes caused major disruptions, in part because companies were reluctant to make long-term investments to meet short-term spikes in demand. 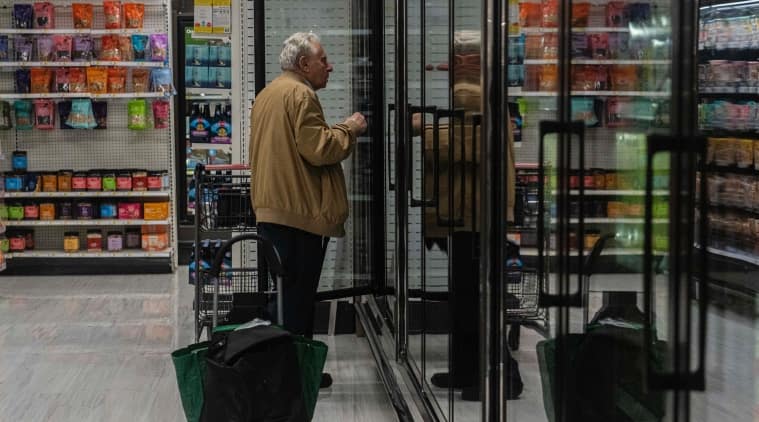 A convenience store in Manhattan, July 13, 2022. If the United States is in a recession, it’s unlike any before: Employers added more than half a million jobs in July and the unemployment rate found in at least half a century. (Hiroko Masuike/The New York Times)

“This was always going to cause its own price and shortage problems,” said Adam Ozimek, chief economist at the Economic Innovation Group, a Washington research organization. “Companies were never going to say, ‘I’m going to build 10 new bike factories right now because we’re in a long-term bike boom.’

Some other changes caused by the pandemic are likely to be more lasting. But it’s hard for companies to know which ones.

“I think the companies are right that the current state of the economy can’t really be sustained — something has to give,” Ozimek said.

To most people, of course, this doesn’t sound like a boom. Measures of consumer confidence are at record lows and Americans overwhelmingly say they are dissatisfied with the economy. That perception is based on reality: High inflation is eroding—and in some cases erasing—the benefits of a strong labor market for many workers. Hourly earnings, adjusted for inflation, are falling at their fastest pace in decades.

“I know people are going to hear today’s extraordinary jobs report and say they don’t see it, they don’t feel it in their own lives,” President Joe Biden said Friday. “I know how difficult it is. I know it’s hard to feel good about job creation when you already have a job and are dealing with rising prices – food and gas and more. I understand.”

Tara Sinclair, an economist at George Washington University, said the United States was not experiencing a true boom. This would involve a virtuous circle, in which prosperity begets investment, which begets more prosperity and makes the economy more productive in the long run – a rising tide that lifts all boats.

Instead, lingering disruptions from the pandemic, uncertainty about what the post-Covid economy will look like, and fears of a recession have made companies reluctant to bet on the future. Business investment fell in the last quarter. Employers are hiring, but they’re relying heavily on one-time bonuses rather than permanent pay raises.

“It’s not a boom in the sense of wanting to invest for the long term,” Sinclair said. “It’s a boomtown situation where everyone is waiting for it to break.”

In fact, the Federal Reserve is trying to cut it. Jerome Powell, the Fed chairman, has described the labor market, with twice as many job openings as unemployed workers, as “unsustainably hot” and is trying to cool it through aggressive rate hikes interest He and his colleagues have repeatedly argued that a more normal economy, less like a boomtown, with lower inflation, will be better for workers in the long run.

“We all want to get back to the kind of labor market that we had before the pandemic, where the gaps between race and gender and that kind of thing were at historic lows, where participation was high, where inflation was low,” he said. say Powell in the past. month. “We want to get back there. But that’s not happening. That’s not going to happen without restoring price stability.”

Biden and his advisers have also argued that a cooling economy is inevitable and even necessary as the country resets from the reopening-driven surge. In an opinion piece in The Wall Street Journal in May, Biden warned that monthly job growth was likely to slow, to about 150,000 a month from more than 500,000, in “a sign that we are entering with success in the next phase of recovery.”

So far, that transition has been elusive. Forecasters had expected hiring to slow in July, with a gain of about 250,000 jobs. Instead, the number was above 500,000, the highest in five months, the Labor Department reported on Friday. But the labor force, the number of people working or actively looking for work, shrank and remains stubbornly below its pre-pandemic level, a sign that supply constraints that have contributed to inflation high will not subside quickly. Campers near a refinery in Williston, N.D., where oil boom workers had to find alternatives to more traditional housing options, April 1, 2010. To understand the strange and conflicting signals sent by the American economy at this time, it is useful to look at Williston. , ND, circa 2010. (Todd Heisler/The New York Times)

Sinclair said it shouldn’t be surprising that it took time to readjust after the coronavirus disrupted nearly every aspect of life and work. By July, the US economy as a whole had regained all the jobs lost during the first weeks of the pandemic. But beneath the surface, the situation looks dramatically different than it did in February 2020. There are now almost half a million more warehouse workers and almost 90,000 fewer childcare workers. Millions of people continue to work remotely. Others have changed careers, started businesses or stopped working.

“We have to remember that we’re still figuring it out,” Sinclair said. “It was a huge economic shock, and the fact that we got out of it as quickly as we did is still incredibly impressive. Those residual pains we’re still adjusting to.”