Our society is not only divided along political lines: the media, culture and even coffee shops have been demarcated between red and blue.

So it is perhaps inevitable that these fissures will reach the investment world.

I’m talking about the growth of so-called ESG investing, which stands for Environmental, Social and Governance, and the growing backlash against this trend. Battle lines are forming in the hitherto apolitical world of money management.

The roots of social investing go back decades, when activists called for pension funds to boycott investments in tobacco stocks and companies doing business in apartheid-era South Africa.

ESG was born in 2004 by Kofi Annan, Secretary-General of the United Nations, who asked leading financial institutions to help identify ways to integrate environmental, social and governance concerns into capital markets.

This call resulted in a global pact, “Who cares wins”, which included Goldman Sachs and Morgan Stanley as signatories.

A decade later, some institutional investors and money managers, including BlackRock, the world’s largest money manager with almost $10 trillion under managementbegan establishing support for shareholder initiatives and came up with ESG-focused investment products.

Members of the United Mine Workers of America (UMWA) and other labor leaders picket the union’s strike at the Warrior Met coal mine outside BlackRock’s headquarters in New York City, U.S., July 28, 2021. REUTERS/Brendan McDermid

To some extent, BlackRock and its cohort did this in response to pressure from the political left.

Now those same investment managers, BlackRock in particular, are facing criticism from the political right.

As you can see below, there has been a disparate flurry of activity from conservative politicians pushing back on ESG investment initiatives:

This last article belongs to an eight-page letter AGs wrote to BlackRock CEO Larry Fink on August 4, complaining about his company’s ESG mandate and asking him to respond by yesterday.

“As a matter of policy, we do not comment on our engagements with lawmakers and regulators,” a BlackRock spokesperson emailed us.

The oil and gas industry and red-state politicians argue that the ESG movement is raising the cost of capital, making it more expensive to drill and make other business investments, and costing jobs in the process to the americans

When I asked a veteran national oil and gas CEO about this, they said, “The cost of capital has definitely gone up for the industry.”

“Bank capital is very scarce, especially for smaller companies,” said this CEO. “Many banks that used to participate in syndicates are no longer making new energy loans. The commercial loans that are available come with stricter underwriting standards. Part of that is ESG, but another is very recent investors, both banks and shareholders. memories of deep losses in the industry sector”.

ESG may cause some investors to avoid oil and gas stocks, depressing share prices and making it more expensive to raise capital from the public markets.

But oil and gas stocks as measured by P/E have been cheap for years. Exxon, for example, is selling at just over 10 times next year’s earnings, almost exactly the same as 13 years ago.

As for jobs, according to the industrial consultancy IBIS World, employment in the US oil and gas industry has soared to more than 324,000 as of this month, the highest by far in a decade.

Meanwhile, the energy sector has been the best performer in the S&P 500 this year. By a mile

Ramaswamy says the real problem [with ESG] is “the fiduciary breach at the heart of it, using someone else’s money to advance social and political perspectives through voting power and shareholder advocacy that the owners of the capital don’t really agree with “. 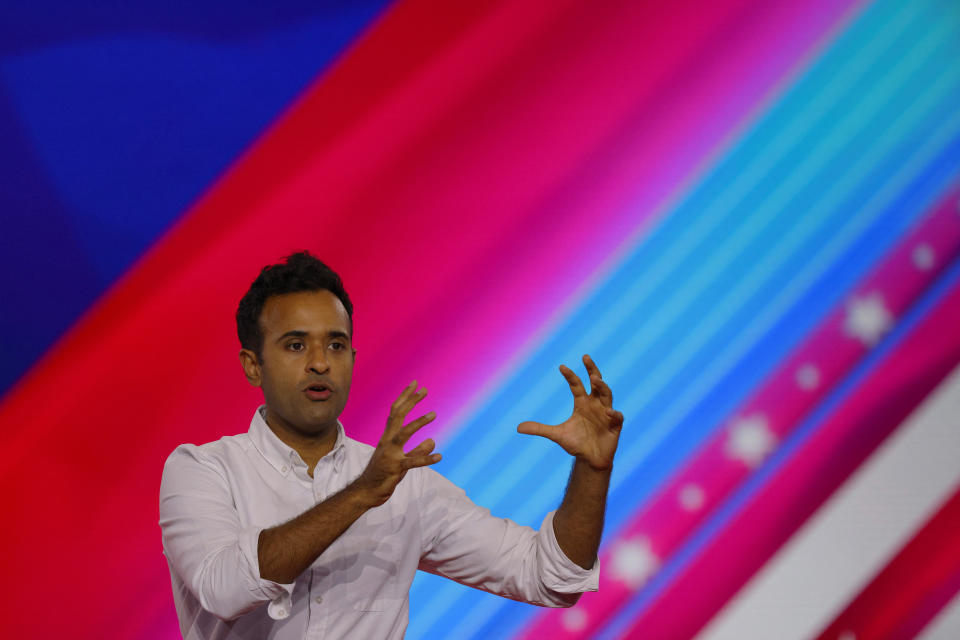 Bill McKibben, a Middlebury professor and longtime environmentalist, has a different perspective.

“This is the fossil fuel industry weaponizing its control of state governments,” he says. “It is to be expected. It will be interesting to see if the blue state treasurers etc. are up to the fight.”

Yes, “stockless” investment vehicles have been around for years, such as the VICEX fundand more recently the BAD ETF (DOLE), but they never generated much buzz, don’t mind coming back, and unlike DRLL they were not marketed as anti-ESG. That could change.

But to me, the world’s transition from carbon-based energy to other sources doesn’t lend itself to binary thinking. “We must ban all drilling!” or: “ESG is an infringement on my freedom that needs to be stopped!” they are points of view that will not bring us closer to any solution.

Facts: Climate change is real and we need to move away from fossil fuels. But we can’t do it overnight and we may need some incentives to do it.

It’s also possible to believe in climate change and invest in some drilling for now. And Jamie Dimon told clients this month.

Warren Buffett, who believes in climate change, has invested in oil stocks, notably Occidental Petroleum, where Berkshire appears poised to take a 50% position.

Is Buffett a mercenary or hypocrite to believe in science and buy oil and gas stocks? May be. It is also possibly an emotionless middle ground.

Behaviorists will tell you that some children, and adults too, have trouble with transitions and will act out as things change in front of them. I guess this also applies to energy transitions.