The Dallas-Fort Worth area leads the nation in office construction starts this year. And three of the largest office projects in the works in the area have something in common: They will house financial firms.

Wells Fargo, Goldman Sachs and the Teachers Insurance and Annuity Association will build more than 2.1 million square feet of new offices near downtown Dallas in Las Colinas and Frisco. These new offices will accommodate more than 10,000 workers.

This week Irving confirmed that Wells Fargo will occupy a $200 million, 800,000-square-foot office campus to be built on the shores of Lake Carolyn in Las Colinas. Irving is offering more than $30 million in economic incentives for the project.

And Dallas has agreed to provide $18 million in financial incentives for Goldman Sachs to house workers at an 800,000-square-foot office campus that Hunt Realty will build northwest of downtown. Goldman Sachs plans to house 5,000 workers in the new office.

In Frisco, New York-based TIAA will occupy a new 15-story, more than 500,000-square-foot office tower at the Dallas Cowboys’ Star in Frisco development. The state has provided an $18 million Texas Enterprise Fund grant for the project, which will house 2,000 TIAA workers.

Combined, these three North Texas projects will cost more than $750 million, the most of any office development planned for the area.

“They are choosing D-FW because of the business-friendly climate and the availability of a quality workforce,” said developer Bill Cawley. “Also, the cost of living in Dallas has to be a big factor.”

TIAA, the New York pension fund, will occupy one of two new office buildings at the Dallas Cowboys’ Star in Frisco.(Blue Star Land.)

Some of the largest office campuses recently built in North Texas have been for financial firms.

Charles Schwab recently built more than 1 million square feet of space at its central Westlake campus. And nearby accounting firm Deloitte just sealed a deal for a $100 million expansion of its 750,000-square-foot office and training center.

“According to our data, financial, insurance and real estate companies account for 23 percent of office occupiers in D-FW, or more than 53 million square feet,” Matheny said.

Real estate brokers say the share is likely to grow as more financial firms move workers from other U.S. markets to North Texas.

“D-FW is already a national hub for the financial services industry, and the recent flurry of activity only further cements our position nationally within the industry,” said Robbie Batty, chief executive of Cushman & Wakefield. 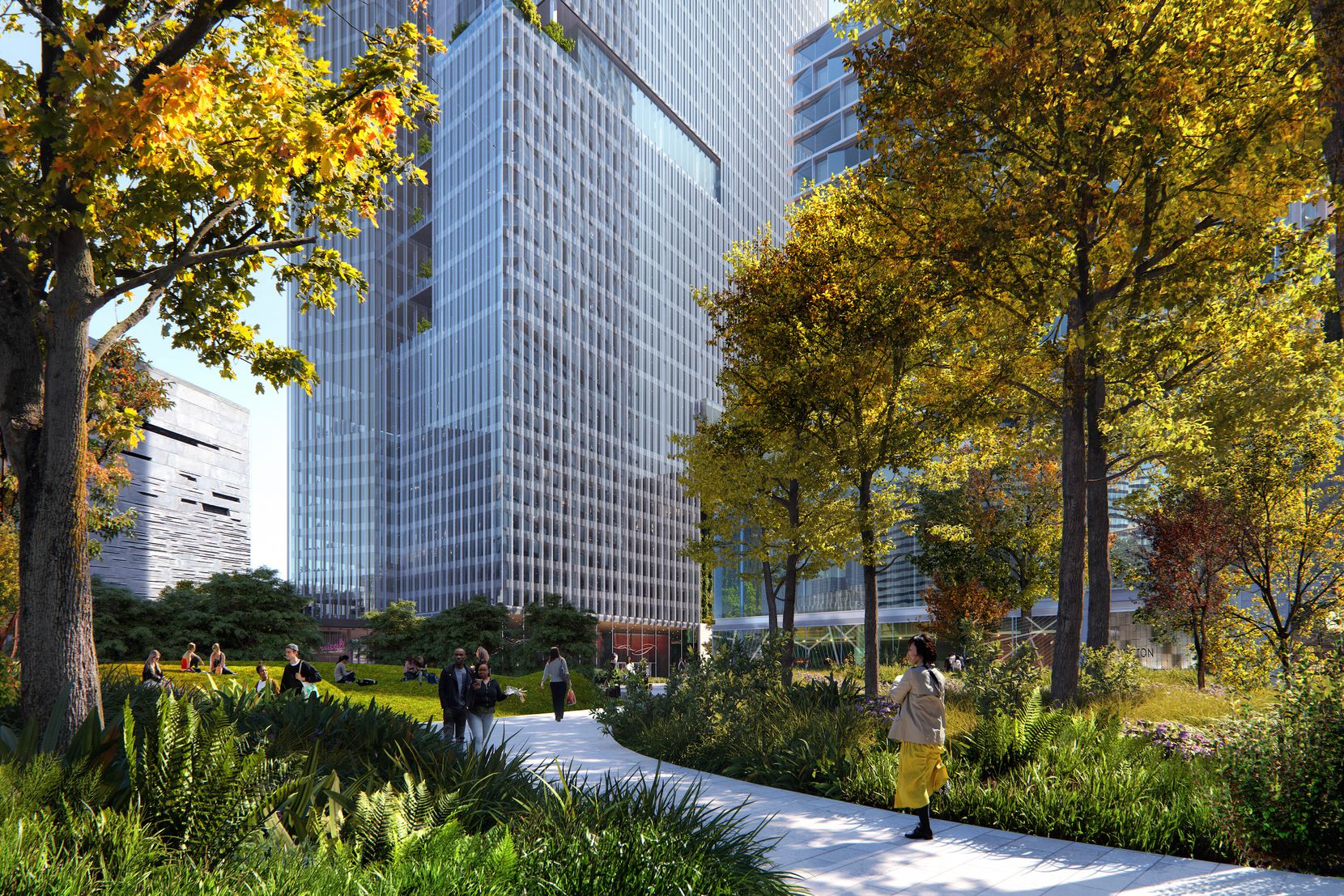